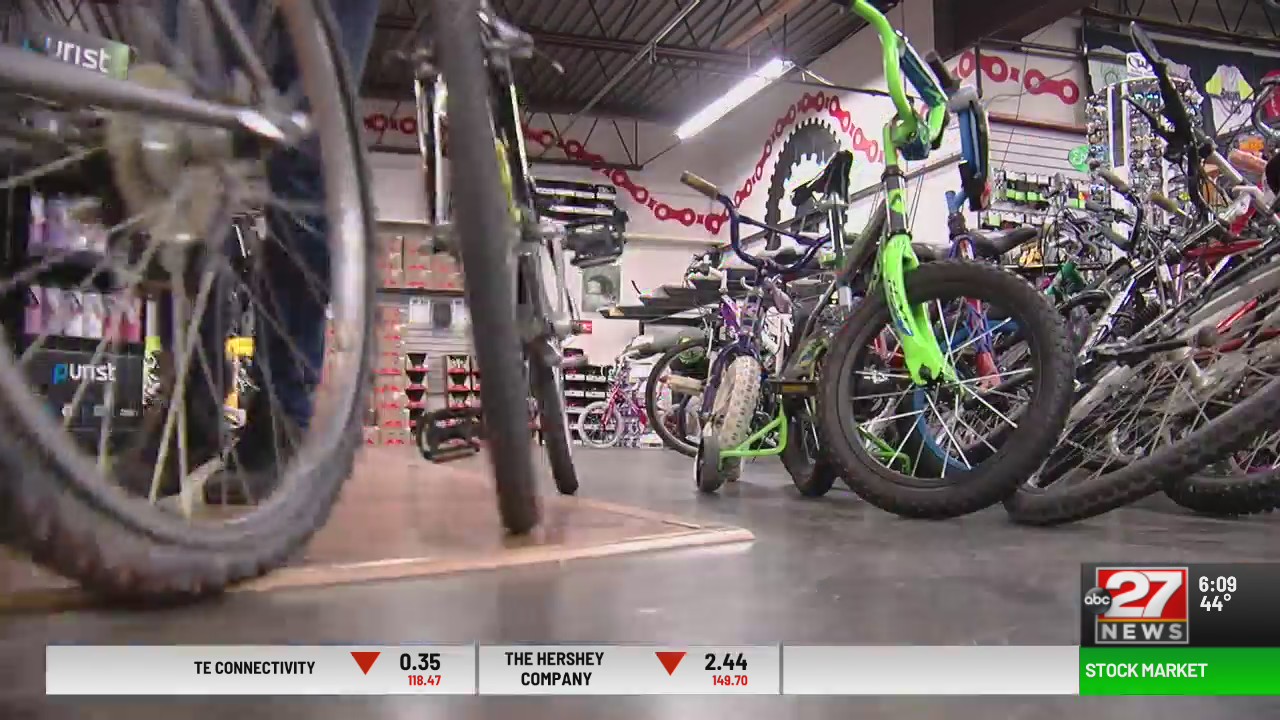 YORK, Pa. (WHTM) – Gung Ho Bikes in York has collected bikes all year round and has spent the last two nights repairing them for delivery to local organizations on Thursday morning.

Jay Zech, co-owner of Gung Ho Bikes, says local businesses like his are doing their part to give back to the community.

Over the past few months, Zech and his employees have volunteered their time to repair bikes for the Bikes for Tikes fundraiser.

“I just want to go out and help get back into the community and also have a good night’s sleep with a lot of my colleagues,” said Josh Coleman, volunteer for Gung Ho Bikes.

The majority of Gung Ho Bikes employees have spent the last two days volunteering, so much so that one night only one of the construction workers was technically ready to help customers in person.

“Every bike we get is used in one way or another,” said a Gung Ho Bike employee. “We put them in good condition, we make sure the brakes are working […] that anyone who gets these bikes when they can ride them can feel safe.

In the end, Gung Ho Bike volunteers are happy to know that the repaired bikes go to a good cause.

“We love bikes, we want everyone to love bikes and this gives us a chance to keep bikes out of the trash and put them in the hands of the people who really need them,” Zech said.

Once the volunteers have completed the repairs, the bikes will go to children in need during the holiday season. Rather than worrying about putting food on the table or spending money on Christmas presents, Gung Ho Bikes makes sure local kids have something to look forward to on Christmas Day.

York School District manager Angie Wetzel said the bikes were picked up Thursday and will be distributed to children next week.

The murder of a bicycle shop worker by a hammer attack, Jeanette Willem, shocks the…