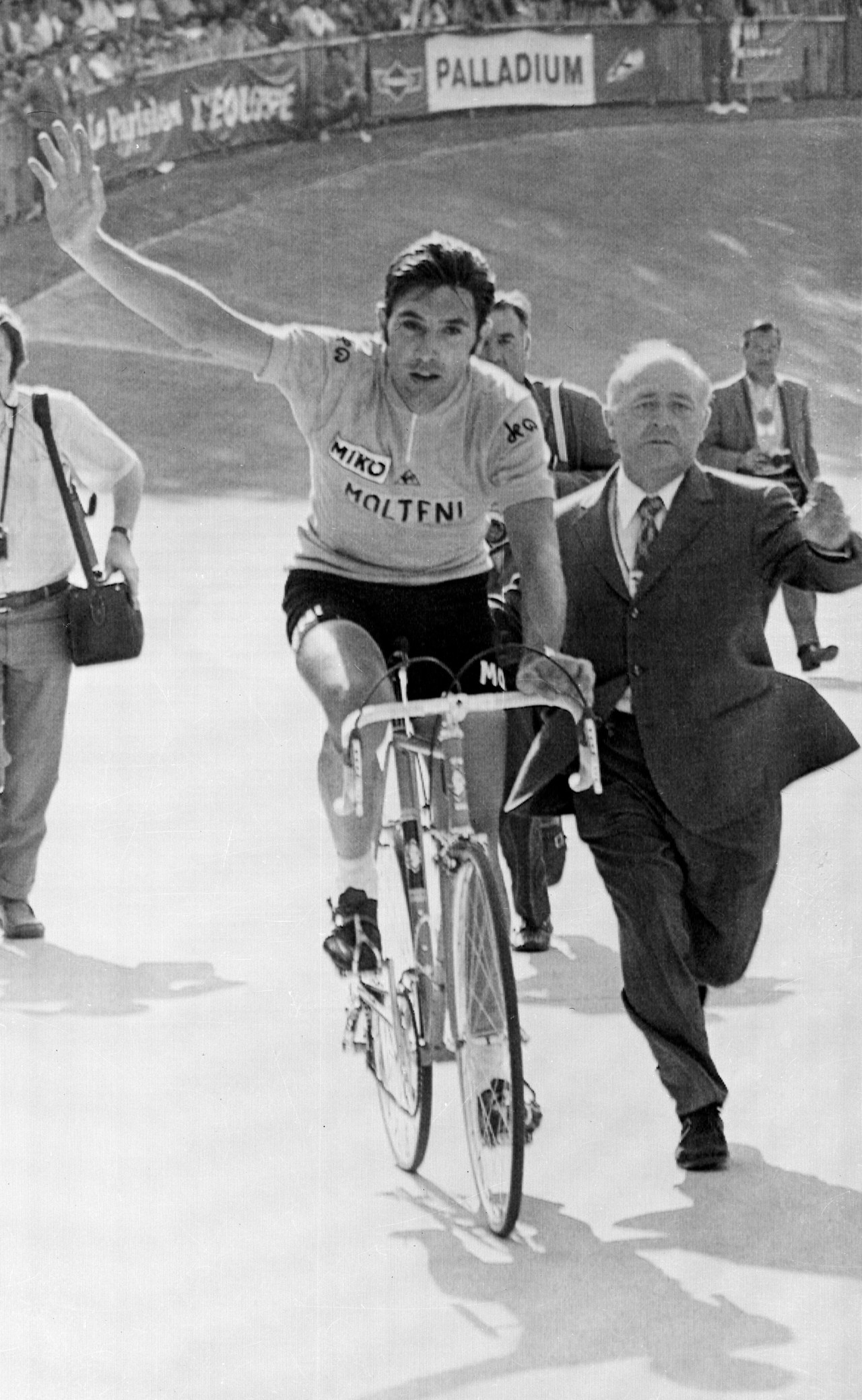 The hour record, called at the time “the hour of the athletes”, is the record for the longest distance traveled in an hour by bike from a standing start, and is one of the most prestigious cycling records.

Over the years there has been controversy regarding record times as the equipment has changed dramatically. In 1972 Eddy Merckx set a new hour record of 49.431 km (30.715 mi), a race he claimed was “the hardest race I have ever done”. Then in 1984, another new record would be set by Francesco Moser at 51,151 km (31,784 mi) using disc wheels and a combination of skin which helped aerodynamics.

The controversy culminated in the 1990s, which led to the UCI setting two separate records in 1997. The first record was the hourly record which only allowed the use of traditional equipment, then the another record was known as the record for best human effort, which enabled the use of modern technology. As a result, all records after Merckx were moved to the Best Human Effort record book.

Today, cyclists are attempting the unified hour record created by the UCI in 2014 which merged the two classifications and standardized equipment which conforms to Olympic track cycling standards.

The Indonesian designer’s wheels behind the leaders’ bamboo bike bromance